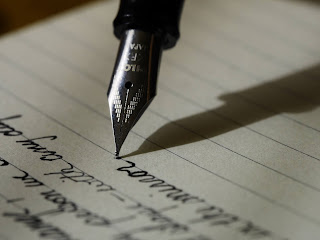 Photo by Aaron Burden on Unsplash For this week, I decided to do a story lab instead of writing a story! I chose the learning about microfiction lab. I of course have been using the Tiny Tales books this semester, so I was already familiar with those. I started out the lab by checking out The New York Times Modern Love Tiny Love Stories . I had heard about this project but hadn't gotten around to reading any of them. I really enjoyed looking through those and realizing how powerful words can be, even just 100 or less of them. I have always gotten so caught up in giving a million details that it's hard for me to even imagine telling a powerful story like those in such few words. The other stories I really liked were the two-sentence horror stories on reddit. I could spend all day going through those, they are so fascinating and fun! I'm not sure if I will try microfiction myself, but I do know that it would probably be a really good exercise for me. As a journalist, our go
Post a Comment
Read more 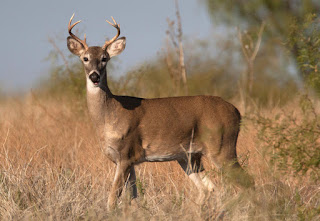 Russell Graves I just finished reading stories 51-100 from the Tiny Tales from India book. Most of these were a continuation of stories about animals, groups of animals who were friends and saved each other from trouble as well as animals who tricked others, leading them to their doom. Near the end there were stories about the Buddha's past lives as animals. All of these stories have some sort of lesson to takeaway.  If I were to use any of these stories to retell this week, it would probably be story 85, The Deer and his Nephew. I thought this one was interesting because it seems like every deer should want to learn how to not get caught by hunters, but this deer was so prideful and did not care to listen to his mother or uncle and it ended up costing him his life. I feel like this is relatable for a lot of us, not necessarily in things that are life and death, but we get caught up in doing things our way or thinking we know the right way to do something and so we ignore what othe
Post a Comment
Read more 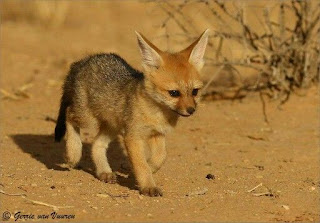 Pinterest For this week's free choice of reading, I decided to read the first 50 stories of the Tiny Tales from India book. So far, I'm really enjoying it, I like that each story is something new! The stories so far have been about animals, usually one tricking another and eating/killing them. I enjoyed the ones about the lions, tigers, jackals, camels and elephants most so far. I think if I were to retell one of these stories, I would choose story 8, The Jackal and his Brothers. In this story, a lion brings a baby jackal to his lioness that had just given birth to two lion cubs. The lion thought for her to eat the baby jackal, but instead she nursed it as her own and he grew up with the lion cubs. Eventually, she sent him away out of fear his brothers would kill him for being different. He ran away and found the other jackals. I would like to retell this story, and include a part later on where somehow the lions reunite with their jackal brother. I'm interested in whether
Post a Comment
Read more

April 10, 2021
Hey there! I finally chose a new theme for my blog. I wasn't big on the image/color scheme I had before but just hadn't got around to changing it. I wanted something naturey because I feel like most of the stories I read and write for this class have something to do with nature. So I went with these pretty trees and a green background! Hope you all like it and get motivated to change yours if you want!
Post a Comment
Read more 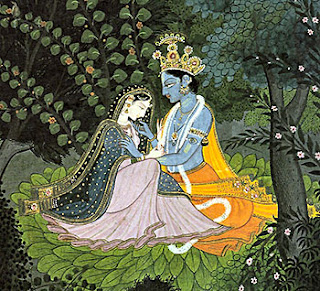 Radha and Krishna Krishna's heart ached as he said goodbye to each and every member of his village. These were the people who had helped raise him — they say it takes a village, after all. While each one was special to him in their own way, he didn't have trouble picturing his life without the majority of them. He knew his destiny was here, and if he had to sacrifice familiarity and comfort and friends along the way, he could. He was of course deeply saddened to leave his adoptive father and mother, the people who really had raised him even though they knew he wasn't their blood. They had known for awhile that he would have to leave them, and the peace in their hearts cultivated a peace in his.  There was one person who it truly tore him apart to leave. They had grown up together, played together, loved each other in every way possible. His soul had been knit with hers. He still loved her, he always would, but knew that being with her was not what the gods had planned. And
3 comments
Read more 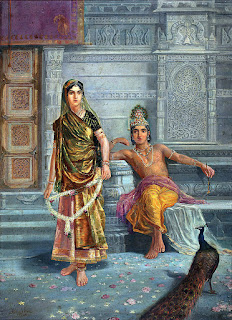 M V Dhurandhar 1867 - 1944 Wikimedia Commons Just finished watching the second part of Epified's Krishna series.  I enjoyed these stories a lot, and I think the ones I found most interesting were 13-15, when Krishna and Radha realized they couldn't be together because of Krishna's destiny. Then just after, his destiny seems to have come when he is invited to Mathura and says goodbye to his village. I would have like to see some sort of goodbye between Krishna and Radha, especially since it was previously said they had become "one soul." If I were to use part B in my storytelling, I would like to write that goodbye. Bibliography: Epified Krishna, Part B
Post a Comment
Read more 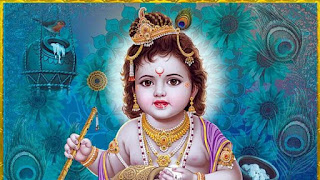 Pinterest/KrishnaArt For this week's reading I chose to watch the Epified Krishna videos! I love the style of these videos, the art is so good and having the narrator makes the stories so interesting. I wanted to take some notes on just Krishna as a whole. He is the 8th avatar of Vishnu. He is destined to slay the king Kamsa, and was born to Kamsa's sister. Kamsa killed all seven of their children and planned to kill Krishna, but wasn't able as he was hidden away. Krishna was raised by someone else in a little village, and began to show signs of his divine power even as a child. For this weeks storytelling, I might want to retell the story of Krishna's birth and his being switched with the other child. I feel like the emotions there must have been so heavy for his parents, and I would love to explore that. I wouldn't change anything too much, just give more details. The basic plot is that he was born at night, and just after his birth, when the guards were going to
Post a Comment
Read more
More posts